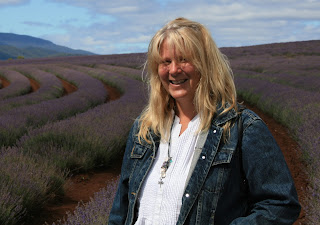 Lisa comes to Tasmania from Seattle, Washington, USA. Her love affair with clay began 37 years ago in Iowa when artist in residence Dean Schwarz taught her in high school. She followed Dean to Luther College and South Bear Design school where she studied full time to learn the Bauhaus tradition of pottery. The mentor for this school was Marguerite Wildenhain, who was one of the first ceramicists at the Bauhaus in Germany. At age 19 Lisa worked as a production potter in Minneapolis for a year. She became mesmerized with the process of RAKU after a few workshops with Paul Souldner, known as the father of Raku in America.

Lisa obtained a degree in geology and environmental science and 20 years later a degree in interior architecture.  Lisa's love of the natural world found her immersed in environmental work for the next 30 years with pottery being the escape from the real world.

In 1999 with her partner, they set sail on the sailing vessel Francis and crossed the South Pacific in 2000. They visited many tropical islands on the way to Australia, but have now permanently dropped anchor in the Huon Valley where they run a small farm business “Campo de Flori”.

Lisa has spent the last 10 years working in Queensland as an award winning interior designer specializing in sustainable design and as a guest lecturer in sustainable interiors at QUT and for the Green Building Council of Australia.

Besides being a studio ceramic artist, Lisa tends the fields of saffron, lavender and olives. Her love of the natural world in her daily life at the farm is captured in her current works of art. She is most amazed with all the little birds that come to play in her wetland and fields.  The occasional longing for the sea will see the spirit of the cultures and sea life encountered in her travels into original works of art. Lisa is currently exploring several different clay bodies and glazing techniques, while she builds her new Raku kiln. Raku Pieces to be coming soon.
www.campodeflori.com.au
www.facebook.com/Campodeflori 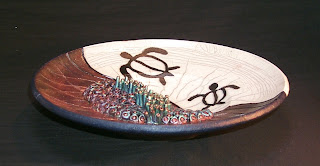